LONGRICH PRODUCTS AND WHAT THE DO. 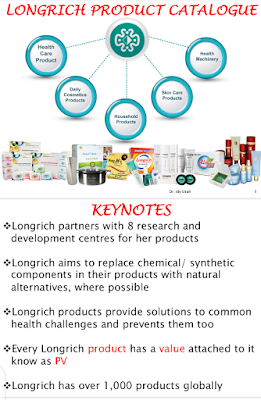 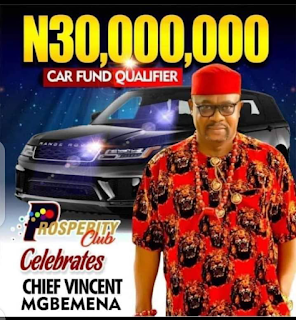 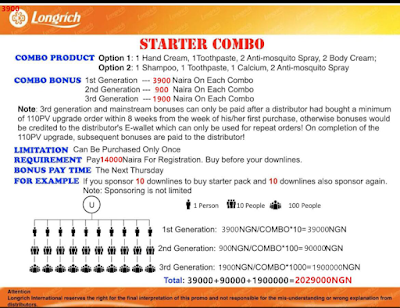 She had said she wouldn't do it...or at least,her conscience must have muttered the words. "No matter what the condition is,do not repay evil for evil".These words kept re-echoing. To Samir,this should not be an advice,as a matter of fact,she has been taught and also seen that people caught in the act of evil end up with bad reputation which goes down to their generation too.

Everything was going well till Samir met Tyler,her High school crush. Tyler was every girls dream man back then. He had the looks, the brain,and moreover appeared very eligible as a "husband material".

Samir loved Tyler and Tyler loved her....or maybe she thought so,and they ended up married after 6years of dating! The first few years were all lovey and dovey despite not having enough for the home,Tyler worked tirelessly to ensure he had a happy home. He took up three different jobs concurrently,leaving the house as early as 7am and returning very late at night. He walks in to meet his 2year old daughter fast asleep and Samir, patiently and happily waiting for him.

Samir was not able to do much because of their child but she was very supportive to her man,she would engage in any form of genuine business as much as her strength could carry. Though she didn't make much,she was faithful to her husband. She doesn't cheat neither did she steal.She was not flamboyant,not the friendly type,ensured the house was sparkling clean.

Things went on till she stumbled into a pack of condoms in her husband's car. She confronted him and he blatantly denied. It was like the end of the road for her. Someone she loved with her whole life, suspended her career to ensure he fully pursued his. Days ran into weeks,the once beautiful genuine love turned into deceit,then hatred.

Routinely,Tyler became a professional cheat. He would keep late nights and feign he was at work. When he returns home,he would continue with his acts of infidelity; chatting up random girls, exchanging love notes and entertaining nudes from his whores.

All Samir's pleas,fell on deaf ears as Tyler will apologize and within weeks...phew,commit another adultery. She endured all the heart breaks,hoping that one day things will be fine again. But the more she waited,the crazier Tyler became. The once pretty,adorable and cheerful Samir became depressed. It was as if her world ended. She turned bitter,worn out. Nothing catches her interest again,she suffered inferiority complex... because she felt that if as humble and beautiful as she was,the love of her life could continuously hurt her,then,there was nothing to live for.

The once sincere and loving wife turned into a fire. She didn't fight,she didn't shout,but Samir became what even the devil will not accept. Her daily prayer is for God to deliver her out of the mess she was in. Aside their daughter, everything Tyler was working for,was for an empty house. A house without love,care nor future because Samir is on a journey to regain her self confidence and teaching Tyler a lesson he will never forget...because as she said,"if Tyler could have the conscience to damage her soul,betray her trust,she does not see anything wrong in doing same. "But the words kept re-echoing"

What will you do if you were Samir?

DOWNLINES AND WHERE TO GET THEM.

Today, we are looking at DOWNLINE(S).
Who is a downline?
A downline(s) is the person(s) under you.
Downline activities are the activities of the persons under you- their purchases, Registrations etc.
Where and How to get downlines.
1. Family.
This is the primary set of persons you should bring in. As long as the business is genuine and good,you start from home first. Parents,siblings, Children, husband,wife,cousins,aunties,uncles. A simple text or call,starts the discussion.
2. Friends list.
Your contact list is another avenue. Be the first to tell them about your business. Why, Because if you don't, someone else will tell them before you.
NOTE: this set of persons can put you off if your MINDSET isn't made up. You get answers like:
Is a scam.
I don't have energy.
I don't have time.
When they pay you first.
Register me nah😂.
When these comments come in, please remain focused.(ALWAYS remember why you joined).
3. Neighbours.
This ranges from house,hostel or wherever you abode.
4. Place of work.
Speak to your colleagues about your business.
Get registered and have your products. If you can,dash out some. "I use this soap. Is very nice and am being paid for using it". This can get some peoples' attention.
This set is very vague. DO NOT UNDERRATE ANYBODY. From the gateman to your MD. Don't assume someone has excess money so cannot join.  Don't be deceived even Dangote "still dey find money".
5. Church/Place of Worship.
It's very easy to get downlines from place of worship.  Tell a brother to tell a sister. Show your mama G.O and papa G.O.
Tell your unit members about it.
One good thing about Longrich is that...the products are what we consume everyday. Instead of buying supplements,creams,pads, soap,mouthwash,baby diapers etc from shops that won't pay you in return,why not pick it up from those that will pay you???😁
6. Social media.
Hmmmm. The best place to "hushpuppy" over nite!
Do you know that Nigeria has about 200million people in it? Ehenn.  Google it. Most of your downlines will come from here. All you need do is to buy data and charge your phone PLUS being consistent. Post Longrich on your handles-Facebook,twitter, Instagram.
If you do not have enough followers,you can opt for sponsored ads. 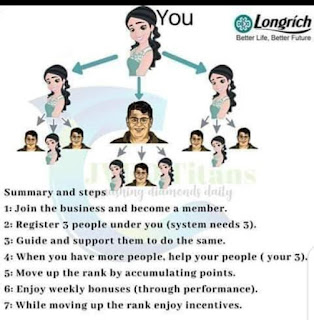 Don't know what to post?,copy from this group and paste on your page. There is no need to be ashamed of a genuine hustle when you don't have upto 10million naira in your account.🤭. Be proud to be a business man/woman.
You see those people by the corner laughing at your hustle,one day,na dem go run come beg you to join.
7. Target Downlines.
This sets are targeted. And if they understand and sign up,they are the most serious. Ex.
You can meet A principal of a school,Head master or mistress,Choir leader,HR of a company. You can even go as far as meeting market women😁. Let me explain. Do you realize that market women can be consistent and serious when the embark on something?????
Try this.
Get a handful of them or at least, get 2persons. Explain to them let them register. If you can, sponsor them.
Once you Register them,give them their products. Work and fix people under them.
The following Thursday....they get their alerts.
"Na Dem go dey rush you". Others will queue for Registration.😂😂😂😂
at July 20, 2020 No comments: